starling in the news

WATCH THE VIDEO STORY
WXOW-TV (8.17.2020) – Not too far from the hustle and bustle of downtown La Crosse, people can find a natural getaway at Myrick Park.

Marsh trails surround Myrick Park, and one local musician, Mike Starling, decided to make a free/downloadable album to help preserve the natural beauty of the marshlands.

The purpose of the album is to encourage people to donate to Friends Of The La Crosse River Marsh, a nonprofit that helps maintain the marshlands.

The album is titled "Backwaters" and produced by Momentous Records and Nine Volt Media. There are music videos to some of the songs on the album. The song "The Floating World," features images of the marshlands shot by John Sullivan, a local photographer.

"As a writer and musician in the Driftless-Region, the area has been a big inspiration for me," Starling said. "We live in a lovely place in the country. I can't help but let the beauty of the marshlands get into the music I produce."

The Friends of the La Crosse River Marsh is a nonprofit that helps maintain the surrounding marshlands in La Crosse.

Chuck Lee, the president of the nonprofit, said he has received nothing but positive feedback about the album and was very happy that Starling decided to dedicate an album to helping nature.

"I've received lots and lots of emails just this past week from people who have listened to the album who love it, and that is a plus for us," said Lee.

You can listen and download the album here and donate to help the marshlands here.

Review: Starling’s Latest Gives Life to the Beauty of the La Crosse Area Through Collaboration of Music and Photography

LA CROSSE LOCAL (11.20.20) – Backwaters, Mike Starling’s newest album, is an expressive and unique work, capturing the essence of a place you wouldn’t recognize unless you’ve been there yourself. Starling’s guitar-based record speaks of the natural marshes and wildlife of the Driftless Region without uttering a single word. The result is an instrumental album that flits around the range of sounds from acoustic and electric guitars, combined with a specific vision of the landscapes that define the region.


Starling’s music alone can be visual, and in collaboration with Friends of the La Crosse River Marsh photographers John F. Sullivan and Roger Averbeck, the tracks come alive in the telling images of the marshes. The collaboration is based on an effort to raise funds and awareness for La Crosse’s natural resources, and it does so through the combination of sound and image that recalls a relatable memory of experiencing the outdoors. You can download the tracks free for a limited time, though the artists do ask those who are able to consider donating to preserve the local wetlands of the La Crosse area.

Friends of the La Crosse River Marsh will also be an integral part in the visual side of Starling’s new release. Marsh photography by John F. Sullivan and Roger Averbeck will be featured in the videos being produced for the album.

“John and Roger have spent many years capturing the beauty of the marsh and its wildlife, and we’re stoked to showcase some of their finest photography with my music,” Starling says. “It’s a natural tie-in since these new recordings were inspired by living here along the Upper Mississippi and our other local waterways. The La Crosse River Marsh is one of my favorite places to escape — I’ve spent a lot of time hiking and biking on the trails there.”

“Music created by local artists has a way of capturing the essence of our places, spiriting us back to the landscapes that define us,” says Chuck Lee, president of Friends of the La Crosse River Marsh, a volunteer-run nonprofit organization whose mission is to preserve, protect and enhance the marsh through action, advocacy and education. “This is why Friends of the La Crosse River Marsh is honored that Mike Starling and Momentous Records wanted to partner with us on the release of their new album.”

​Starling is familiar to music fans in the Driftless Region. As a writer for the La Crosse Tribune, he covered the music and arts beat for many years, and produced and co-hosted the “From the Middle Border” show on Wisconsin Public Radio.
He also played in a number of original music groups including Buzz Butler, Bean Hoy, Betty Brain and the Joe Price blues band.

Stream and download the album at mikestarling.bandcamp.com.
READ ORIGINAL ARTICLE

Embrace the Orange Barrel: Why 'Road Construction' Should Be the Official State Tourism Song

PLAY THE SONG
WISCONSIN STATE JOURNAL (2005) – Mike Starling felt kind of bad for state tourism officials this week. After all, they’d paid $22,000 for a song, “Wisconsin – Life’s So Good,” as part of the new $2.2 million campaign promoting the state, only to learn that it sounds suspiciously like a 1995 song song by a British group, Supergrass.

The faux pas got lots of publicity for Wisconsin – it made the international news wires, and tourism officials were teased by people from as far away as China. Yes, the phones were ringing off the hook at Tourism last week, but unfortunately, the callers were nasty reporters, not nice tourists hoping to book a feel-good week in Wisconsin Dells. Even worse, the state had paid for a tune that probably can’t be used.

So Milwaukee songwriter Starling, a giving kind of guy, sent Tourism Secretary Jim Holperin an offer. The state can have his ready-to-go original Wisconsin song for the bargain price of just $10,000. It’s called "Road Construction" and contains such catchy lyrics as:

​We got four seasons
Here in the Midwest
There’s winter, there’s spring
There’s fall and there is
Road construction

“It’s definitely a topic everyone in the state can relate to,” said Starling. “I wrote it back when I lived on West Avenue in La Crosse, and got woke up one morning by jackhammers.”

I think he should reconsider. Coming up with the world’s most totally honest tourism song would be a great way to recover from the stolen-song mess.

They could tailor the “Road Construction” campaign to Wisconsin’s different regions and tourism events.

If you were stuck in traffic trying to get to Oktoberfest in La Crosse, you could turn to tourism radio and get “The Orange Barrel Polka.” (“Roll out the barrels, getting to the beer will be a barrel of fun.”) If you were in Milwaukee and could see Summerfest, but couldn’t get there due to construction in the massive Marquette Interchange, your tourism radio would soothe you with that childhood favorite, “On top of Spaghetti Bowl, I’m turning to cheese. I must find a rest room, I hope I don’t sneeze. . .”

And for all those tourists stuck in Interstate 90-94-39 traffic while trying to get up north on a Friday night or back home on Sunday, there’s a song from Creedence Clearwater Revival that’s so perfect you don’t even need to change the lyrics. It begins:

​Just about a year ago, I set out on the road
Seekin’ my fame and fortune lookin’ for a pot of gold
Things got bad, and things got worse
​I guess you know the tune
Oh, Lord, stuck in Lodi again

​I can hear you humming along from here.

​'Livin' in the Milky Way': A Topical and Playful Pop Culture Sendup

LAX MAGAZINE (1993) – On Bean Hoy's first release, 1992's Thunderbird, Mike Starling (the singer, songwriter and focus of the group) explored rustic little acoustic instrumentals on what was essentially a solo project. This time out, Bean Hoy is a real red-blooded band that helps flesh out Starling's lyrical and topical songs.

And the emphasis is on topical. The songs are a laundry list of local and national maladies, often depicted with a dark twist of humor. And, as often as not, the music is as playful as the words. Bean Hoy here sounds like some jug band with a yen for old punk-folk (think Violent Femmes or Texas' Brave Combo), and with the help of the likes of guitarist Casey Virock of Dream 13 and percussionist Jim Vogt, the band has energy to spare.

It's the eclectic nature of Livin' in the Milky Way I like the most. It keeps the music colorful enough to save the most tongue-in-cheek material from being pure novelty and can at times transform the more downbeat stuff into something memorable and sublime. Reeds, vibes and horns (Gretchen Starling plays tuba on several cuts) are abundantly mixed throughout.

Starling himself talks-sings clever lyrics about everything from fake lives to Heileman's to road construction ("We've got four seasons here in the Midwest/There's spring, there's winter, there's fall and there is road construction...")

All in all, MiIky Way is a reflection of inane pop culture, where one no longer condemns the plastic world around us but instead videotapes it for later when there's nothing else on.

Story by Ted Johnson, a La Crosse-based musician and writer who was the local music critic for LAX Magazine
HEAR THE MUSIC 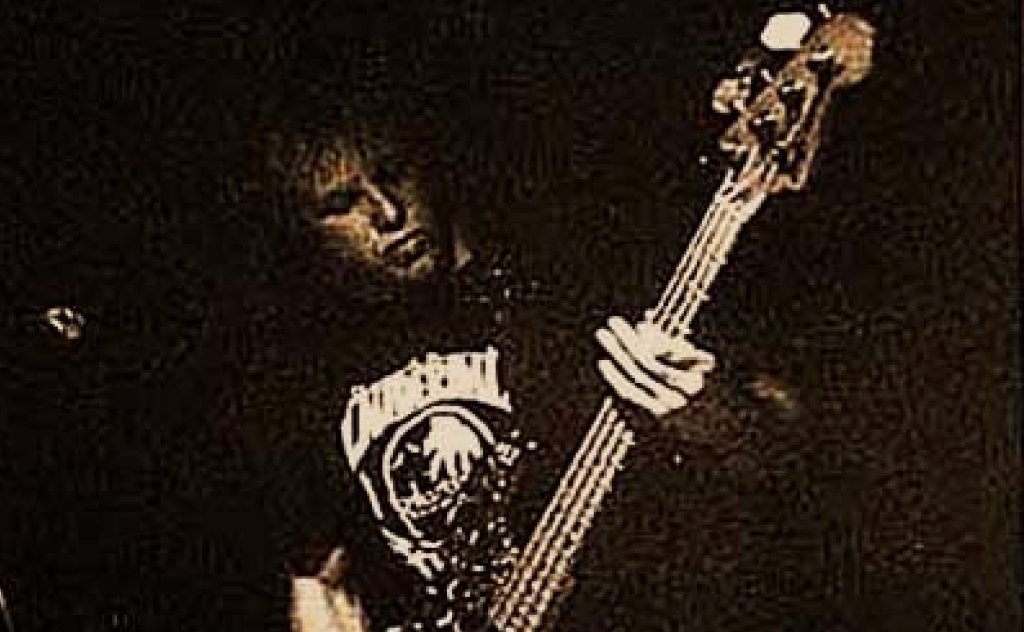 Mike Starling's original music is heard on numerous recordings and soundtracks, and his stories and photos have been featured in books, films, mags and other media.
FULL BIO 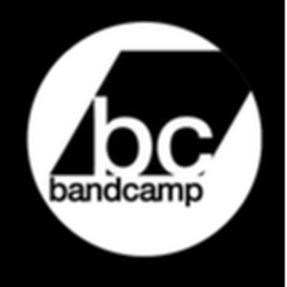 This is the news page on the official website of the writer and artist Mike Starling.​Dobro, Didges, Drum photo by Mike Starling. Starling on bass photo by L Hinzman. Website developed and managed by Nine Volt Media. ©MMXX. All rights reserved.